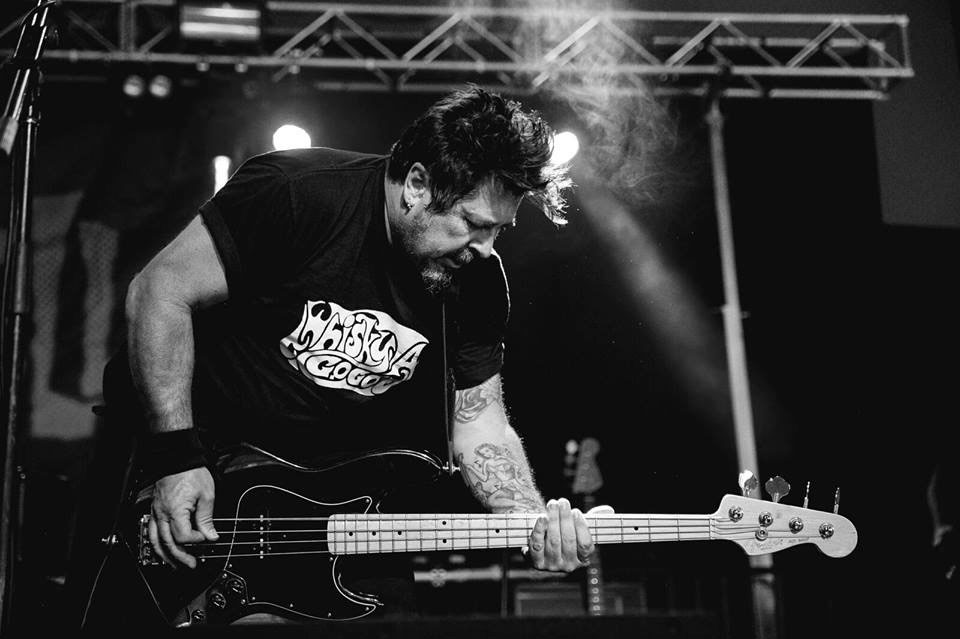 Playing bass in The Superjesus for the last 25 or so years, I have had the privilege to play with so many great international, and Australian artists, on many, many different stages and venues.

(Editor: Make sure you catch The Superjesus live on their 20th Anniversary of SUMO tour through October/November. All tour dates and ticketing info here.

Today, I’d like to focus a little more inward and give you guys an insight to some of the bass guitarists, and indeed musicians from Australia, that have had an influence or had some impact on me, for different reasons, one way or another.

I first met Rick when we toured with the Gurus back in 96/97, I think it was. Being somewhat new to touring, we picked up a national 3 or 4 week tour with the Gurus, and it was only after a few shows that a message came through their tech, that Rick had offered up his bass strings from the night before, as he changed them every night, and knowing we couldn't afford bass strings, he thought this may help out. Well, those strings went on my bass every night, and it was such a lovely gesture that when I got to talk to Rick - who was playing his Gibson Thunderbird on that tour, I couldn't believe how down to earth and unaffected his success had on him. A true gentleman, and one hell of a bass player! Something I'll never forget.

What can I say! I was a fan and still am! Loved every bit of emotion that was onstage with these guys. There is such a cool vibe going on, yet you feel at any time it can be outrage or, carnage!

I played bass for Nick a couple times, and every night I sat back and loved every rock n roll moment! Nick is such a great lyricist and songwriter, it's hard not to learn from this guy! Very inspiring.

To see Jon Toogood front Shihad is an experience. These guys have a focus that’s undeniable, and if you have ever seen a gig, you know that Jon will leave nothing left in the tank, along with the band. These guys will raise the bar on any gig they play. The 'Heavyweight Kings of Rock Tour ' with Front End Loader and The Superjesus back in 1996 was one hell of a stomping ground, every night!! Loved every bit! Inspiration from every band on that tour.

There are so many bands and musicians that I admire it's really difficult to name them all, but I'll finish with Tex. again his songwriting and general feel and vibe of what’s needed in a song is great. Always a very smooth man onstage, and very very entertaining.

The Superjesus release the 20th Anniversary edition of SUMO on August 17th, available to pre-order here on CD or limited edition red vinyl.