THE HALLOWED HALLS OF THE ARIA HALL OF FAME

THE HALLOWED HALLS OF THE ARIA HALL OF FAME 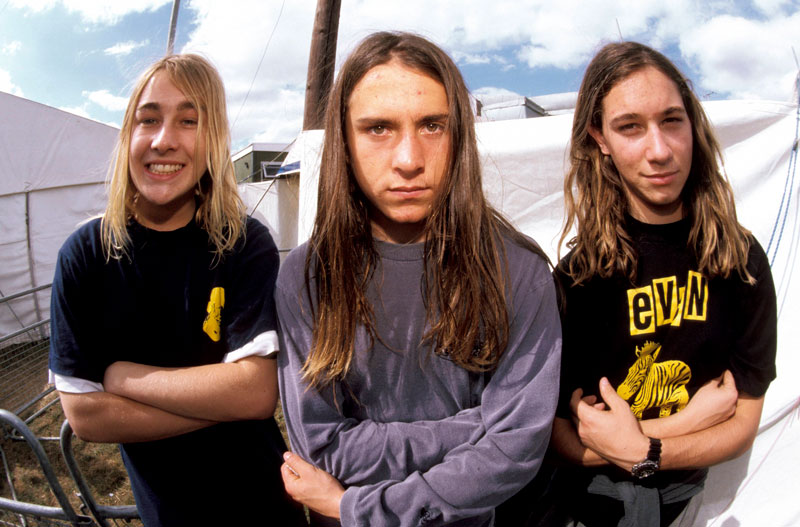 OK, first of all, the criteria for selection, rather consideration, to be added into the ARIA Hall Of Fame is as follows...

1: The ARIA Hall of Fame recognises all categories of recorded music.
2: The nominees’ careers must have commenced, and ideally achieved significant prominence, at least 20 years prior to the year of proposed induction.
3: Membership into the ARIA Hall Of Fame is reserved exclusively for the creators of recorded music, the writers, the recording artists, and in some cases the producers.
4: The nominees must be responsible for a significant body of recorded work.
5: The nominees work to have had a cultural impact within Australia and/or recognition within the world marketplace.

There are exceptions to every rule of course and ARIA can do what they like, and when you check out the Hall Of Fame here, you’ll see that everyone in there, is deserving of their place. Could you really begrudge Molly his rightful place? Didn’t think so. So let’s look at 5 Aussie rock acts that should be vying for a place from this year forward.

In my eyes, easily one of Australia’s most underrated guitarists who fits the bill for inclusion into the HOF nicely. Thirteen studio albums, two of which achieved #1. Five top 10 singles, and a body of work that spans 30 years. He’s a musician that still commands great audiences wherever he plays. Chuck him in there!

Fast approaching 30 years as a band, You Am I are hugely revered by their peers within Australia and loved the world over. To date, they’ve released 10 studio albums, three of which have achieved #1 status. Lead singer Tim Rogers has gone on to become a much-loved stalwart of the Australian music community and on television, always supporting local music. You Am I; Hall of Famers for sure.

Formed in 1994, The Living End have become such an undeniable powerhouse of the Australian musical landscape that they have most certainly earned their right into the ARIA Hall Of Fame, although they would say otherwise. They still think they’re 3 blokes from the burbs ‘just makin' music’, but their stats speak for themselves. Every one of their seven studio albums has gone top 10. Two of which have been #1. Their trophy cabinet includes 6 x ARIA awards, and they still tour extensively locally, and internationally. Yep, they’re ready.

Honestly, this is a no-brainer. The ‘finger should certainly be in the ARIA Hall Of Fame. Their achievements are well known and they remain (even after being split up since 2011) one of Australia's favourite bands. We all secretly want them to reform. They released seven studio albums, and numerous compilation and live albums. The last five studio albums all went to number 1. That’s five in a row to #1. An extraordinary achievement and testament to the love that Australia has for them. Speaking of trophy cabinets, their's is insane, with 18 ARIA Awards and 3 APRA Awards. In fact of the 50 times they’ve been nominated, they’ve received 28 wins. It’s basically criminal that these legends aren’t in the ARIA Hall Of Fame yet.

Like Powderfinger, another no-brainer. Try and cast your mind back to 1995, when Silverchair hit the scene as kids. "Tomorrow" was the song of a generation. It showed kids that they could be in a successful band, it inspired so many to pick up an instrument, and it set the three boys from Newcastle on a path that would see them dominate the world over. Five studio albums all going to number 1 on the ARIA charts. A perfect strike record. Three number 1 singles. A staggering 21 ARIA Awards and 6 APRA Awards, amongst their many accolades, they were an absolute whirlwind of success. Three kids from Newy. Guitar, bass, and drums. Three kids from Australia who took on the world and became one of the biggest success stories in Australian musical history. They are due, they are worthy, they will be in the ARIA Hall Of Fame.

And if this stuff is your bag, you'll love our Oz Rock playlist on Spotify...

Tags:
You Am I, Powderfinger, silverchair, The Living End,ARIA, Hall of Fame, rock, oz rock
Share this on
https://www.ilikeyouroldstuff.com/news/the-hallowed-halls-of-the-aria-hall-of-fame
https://www.ilikeyouroldstuff.com/news/the-hallowed-halls-of-the-aria-hall-of-fame
-->