Infamous for his unapologetic drug use, cavalier lifestyle and pushing against society’s morality laws, William S Burroughs fitted a lot of living into his 83 years. Alongside friends Allen Ginsberg and Jack Kerouac, Burroughs was a founding forefather of the 1950s Beat movement, which turned standard writing narrative formats on their head. From musing on the Loch Ness Monster with Led Zeppelin’s Jimmy Page to dream discussions with David Bowie, here are just a handful of the artists Burroughs engaged with and inspired before his death in August 1997.

In a surreal piece of rock trivia, William S Burroughs has suggested he was in attendance during Paul McCartney’s earliest run-throughs of "Eleanor Rigby." At the time, Ian Sommerville, Burroughs’ boyfriend, was working as a tape operator for The Beatles. "I saw the song taking shape," Burroughs said. "I saw Paul several times. Nice looking young man, hardworking." Burroughs would later appear on the cover of Sgt Pepper’s Lonely Hearts Club Band, wedged between Marilyn Monroe and Sri Mahavatar Babaji, a Hindu guru. 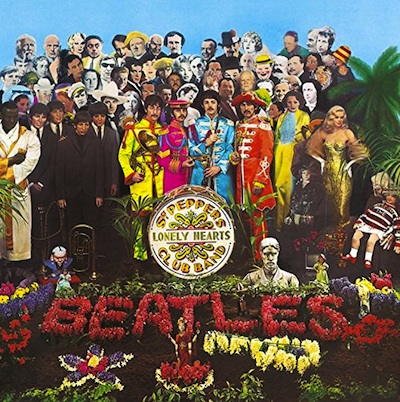 Under the headline Beat Godfather Meets Glitter Mainman, William S Burroughs interviewed David Bowie for Rolling Stone in late 1973. With both artists utilising the 'cut-up' method of messing with narratives, popularised by Burroughs’ associate Brion Gysin in 1959, the pair appear to have hit it off in their conversation. Bowie was in the midst of planning his (eventually scrapped) musical version of George Orwell’s Nineteen Eighty-Four, while Burroughs had just turned down an opportunity to be "a judge at the erotic film festival." One of the final promotional photos of David Bowie, a 2012 shot for the surprise release of The Next Day, featured Bowie sitting in front of a framed image of himself with Burroughs. Read the incredible interview, here. 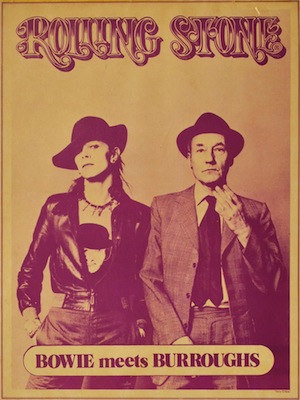 A few years after his Bowie chat, in 1975 Burroughs sat down with Led Zeppelin’s Jimmy Page for a US magazine Crawdaddy cover story. Jimmy visited the writer in his New York loft apartment for the piece, which Burroughs determined would not evolve as a standard interview. "The Led Zeppelin show depends heavily on volume, repetition and drums," Burroughs offered with back-handed panache before, Page talked about his belief in the Loch Ness Monster. Both men had a shared interest in magic, which was also discussed.

Proving the jazz-rock love for Burroughs extends across the Atlantic, Canterbury act, Soft Machine took their name from the writer’s book, The Soft Machine published in 1966. The book’s title refers to the human body, with The Soft Machine also notable as the novel that first used the term ‘heavy metal’ (although it’s not until Creem journo Lester Bangs used it in the ‘70s that it was linked to a music genre). 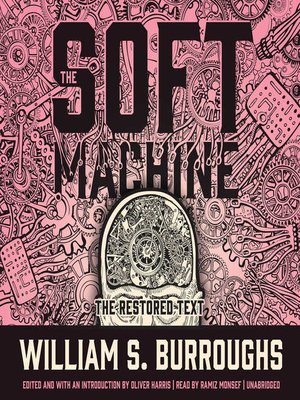 Joy Division frontman, Ian Curtis had already devoured a number of William S Burroughs novels by the time the band played a multimedia event in Brussels alongside the 65-year-old Beat survivor. Taking in film, music and dance, one of the key reasons Curtis and the band signed up for the Plan K show was the chance to cross paths with Burroughs, who was lecturing at the event with his colleague Brion Gysin to promote the new work, The Third Mind. As Peter Hook recalls in Jon Savage’s This Searing Light, The Sun And Everything Else, "Ian decided he was going to get a free book off William Burroughs because he’d read all Burroughs’s books and bought them… I can’t remember what he said, we weren’t near enough, and all we heard was Burroughs: 'Oh fuck off, kid.' We didn’t stop laughing for hours. Ian was so embarrassed."

Having once referred to Burroughs as "Mark Twain with an edge," Tom Waits met Burroughs in his home state of Kansas to discuss collaborating on avant-garde theatre director Robert Wilson’s play The Black Rider. The trio travelled to Hamburg to work on the production, with three Waits/Burroughs co-writes making it to Waits’ subsequent 1993 album,The Black Rider, as well as Burroughs narrating "'Tain’t No Sin." Waits had been interested in regrouping with Burroughs on Alice, his Lewis Carroll project with Wilson, however the writer's poor health prevented a reprise of the pairing.

Having first read William S Burroughs literature in high school, Kurt Cobain was able to get in touch with the ageing writer in the wake of Nirvana’s 1991 Nevermind success. A remote collaboration was arranged, with Burroughs sending Cobain a recording of his 1989 short story The Junky’s Christmas, which Cobain backed with dissonant, meandering and incidental guitar parts. The 10-minute piece was released as The “Priest” They Called Him, the only music attributed to a solo Kurt Cobain during his lifetime. Burroughs later turned down Cobain’s request to appear in Nirvana’s "Heart Shaped Box" music video (perhaps playing the scrawny Santa character who ascends the cross?).

Favouring vague and notoriously indeterminate lyrics in their initial years, R.E.M. frontman Michael Stipe once said “I kind of agree with Burroughs when he says language is a virus from outer space." Using an arrangement he said he lifted from "Marlene Dietrich – not one of my favourite people," in 1996, Burroughs recorded a version of Automatic For The People’s "Star Me Kitten" over the band’s instrumentation for Songs In The Key Of X: Music From And Inspired By The X-Files. "It was an idea that crossed the line between genius and insanity," R.E.M. guitarist Peter Buck suggested in the liner notes for the band’s In Time hits collection. "It didn’t tiptoe over that line mind you, it took a running leap, and ended up in La-La land. It’s worth it though, just to hear how Mr Burroughs pronounces 'wild!' Thanks Bill, say hi to Jack [Kerouac] and Neal [Cassady] for us, will you?"

U2 had incorporated the works of Beat writers into their music and live performance as far back as The Joshua Tree Tour, with Bono quoting from Jack Kerouac’s On The Road in live introductions to Where The Streets Have No Name, not to mention the band recording the song "Drunk Chicken/America" with Allen Ginsberg. While Burroughs had previously recorded a poetry reading for the Irish band for a 1992 Zoo TV Thanksgiving special, in 1997 he joined the group for a music video cameo. In "Last Night On Earth," Burroughs is revealed to be behind an apocalyptic social meltdown, which perhaps apes how mid-century morality crusaders saw the disreputable writer. Burroughs died a month after the video was released, with Bono commenting, "I thought he might have had another few centuries left in him. He was a great advertisement for doing everything you shouldn’t do."