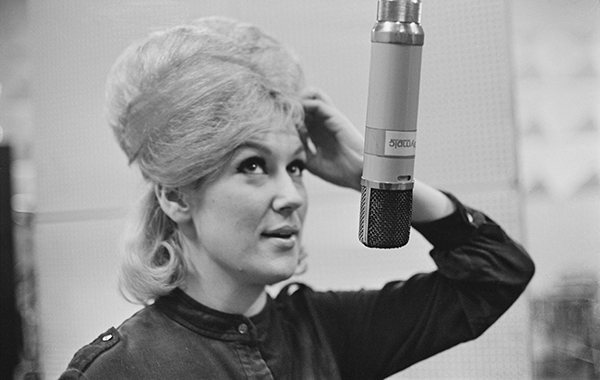 For her 1969 magnum opus, Dusty In Memphis, English soul queen, Dusty Springfield left her British home to record in Memphis, Tennessee with producers Jerry Wexler, Tom Dowd and Arif Mardin, singing tracks penned by heavyweight writers like Randy Newman (“I Don’t Want to Hear It Anymore” and “Just One Smile”) and Carole King (“So Much Love” and “Don’t Forget About Me”). The album’s crown jewel, however, would be the cherished classic, “Son of a Preacher Man”… that eventually saw Dusty’s popularity transcend across generations.

In terms of commercial success, Dusty In Memphis proved itself to be somewhat of a slow burn. Despite being a certified classic album – inducted into the Grammy Hall of Fame in 2001 – the initial release was hindered by a failure to chart and poor album sales. But, as love for the album grew with steady persistence,   the significance of this immaculate R&B recording, delivered by one of the world’s all-time greatest singers at the very top of her game, has become undeniable. It is now considered one of the most iconic R&B, blue-eyed soul albums of all time. 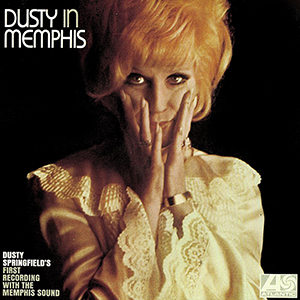 This week marks the 50th Anniversary of Dusty In Memphis. To celebrate this milestone, we’ve put together a track-by-track synopsis of this quintessential ‘60s album that continues to find its relevant place in popular culture, half a century after its initial release.

With its Busby Berkeley style choreography, this rare footage from Dusty in Germany adds a psychedelic twist to this sultry opening number where Dusty imparts some simple but profound advice that could just be the key to world peace “Just a little lovin’, early in the morning…

"So Much Love" was written by Gerry Goffin and Carole King. It was first recorded by Ben E King in 1966, and again by The Hour Glass in 1967, but in 1969 Dusty Springfield made it her very own. Backed by the infamous Memphis Cats who recorded with all the greats; Wilson Picket, Elvis Presley. Her soaring vocal, sung at the top of her register, never sounds strained; becoming more and more energized the higher she goes.

“Son Of A Preacher Man” is easily Dusty’s most epitomising moment. Songwriters John Hurley and Ronnie Wilkins, originally wrote the song for Aretha Franklin, but, deciding that it didn’t fit with her repertoire, Aretha passed the song on to Dusty; who’s refined, suggestive, powerhouse delivery turned it into a career-defining smash hit.

In this live footage, Dusty is decked out in an emblazoned gold vest overflowing white satin sleeves – somewhat reminiscent of a priest’s sacramental robes –performing some subtly religious choreography on a church inspired set.

In retrospect, with what we now know of Dusty’s somewhat progressive personal life, could this video from 1968 possibly be considered a very (G) Rated pre-cursor to Madonna’s highly controversial music video for 1989’s, “Like A Prayer” ?

In 1994, “Son Of A Preacher Man” was featured in this unforgettable scene of Quentin Tarantino’s Pulp Fiction. In the director’s commentary of the DVD, Tarantino recalls that he probably wouldn’t have filmed the scene at all if he couldn’t have used that song and the mood that it evoked.

Further testament to the fact that, despite Dusty’s seemingly innocent vocal delivery, there’s just no hiding the saucy undertones at play here.

Pondering the ambiguities of romance and ill-fated love affairs, with the soulful backing of the Sweet Inspirations. Dusty never did anything by halves and “I Don’t Want To Hear It Anymore” is a classic for the ages.

No Dusty, we won't forget about you!

Despite producer, Jerry Wexler describing Dusty as a surprisingly shy and insecure artist in the studio, the suggestive and provocative themes underpinning many of the songs on this album is anything but.

This one might just have you craving a cigarette afterwards.

Songwriting superstar, Randy Newman penned this melancholy love song, bearing his trademark balance of light and dark that has been making listeners smile and sob, sometimes simultaneously, for decades.

8. “The Windmills Of Your Mind”

The lighting department had a field day with the set of this 1969 video!

Dusty was accomplished and commanding with regards to production, arrangement and song-writing in the studio. During the first recording sessions at American Sound Studio in Memphis, the band struggled to get this track sounding right, but at Springfield's suggestion, the song was re-arranged and sung in a slower tempo, bringing out the subtly enticing element they’d been searching for all along.

There was a silence and secrecy that extended over much of Dusty’s private life. Perhaps this clandestine faade was a source of inspiration for songwriters, Burt Bacharach and Hal David who penned this dreamy number of tantalising mystery.

Time has worked wonders for the enduring legacy of this album. It represents a monument for her willingness to take risks despite her own anxieties and fears: She travelled across the ocean, assembled some of the greatest music producers and musicians of the day, and recorded one of the most critically-acclaimed albums of all time. It set a template for a whole new era of soul and R&B that would inspire the likes of modern-day superstars like Adele and Amy Winehouse.

Perhaps this aptly named closing track was an honest call from an artist who put herself on the line, pushing her limits, with nothing but blind faith that her fans would follow her as she shook off her pop-folk origins and took on the challenge of hot-blooded R&B.

Shaky beginnings aside, as we celebrate the 50th Anniversary of Dusty in Memphis, the enduring legacy of this exemplar of a classic blue-eyed soul album is the work of a trailblazer.

Listen to Dusty In Memphis on Spotify:

Listen to Dusty In Memphis on Apple Music: