Almost 40 years since its release, Goanna’s single “Solid Rock” remains a powerful proclamation of the wrongs committed against Aboriginal Australia following European settlement. At a time when there were few vocal advocates in popular music, “Solid Rock” offered a stirring wake-up call for the Aboriginal cause. Written after songwriter Shane Howard’s personal pilgrimage to Uluru in the early ‘80s, the song remains perennial; “Solid Rock” featured in the top 100 songs played on Australian radio last week.

To celebrate the pressing of “Solid Rock”’s parent album Spirit Of Place on limited edition red vinyl, Shane Howard provided considered and illuminating responses to I Like Your Old Stuff’s questions about Goanna’s debut 1982 album. He acknowledges feeling numerous emotions when holding the new two LP set in his hands again after many years.

“It’s full of emotions for me, both good and strange,” Howard admits. “There’s a powerful nostalgia at this age, to look back and re-consider that you made one of the iconic Australian albums of that era.

I was struck immediately by the power of Judi Kenneally's artwork and nostalgic for the large format artwork that vinyl records provided. Listening to vinyl, as Neil Young has advocated, is far superior to MP3 or even CD. It sounds amazing and it was brilliant to hear the album again in all its glory. It’s a serious hi-fi production.” 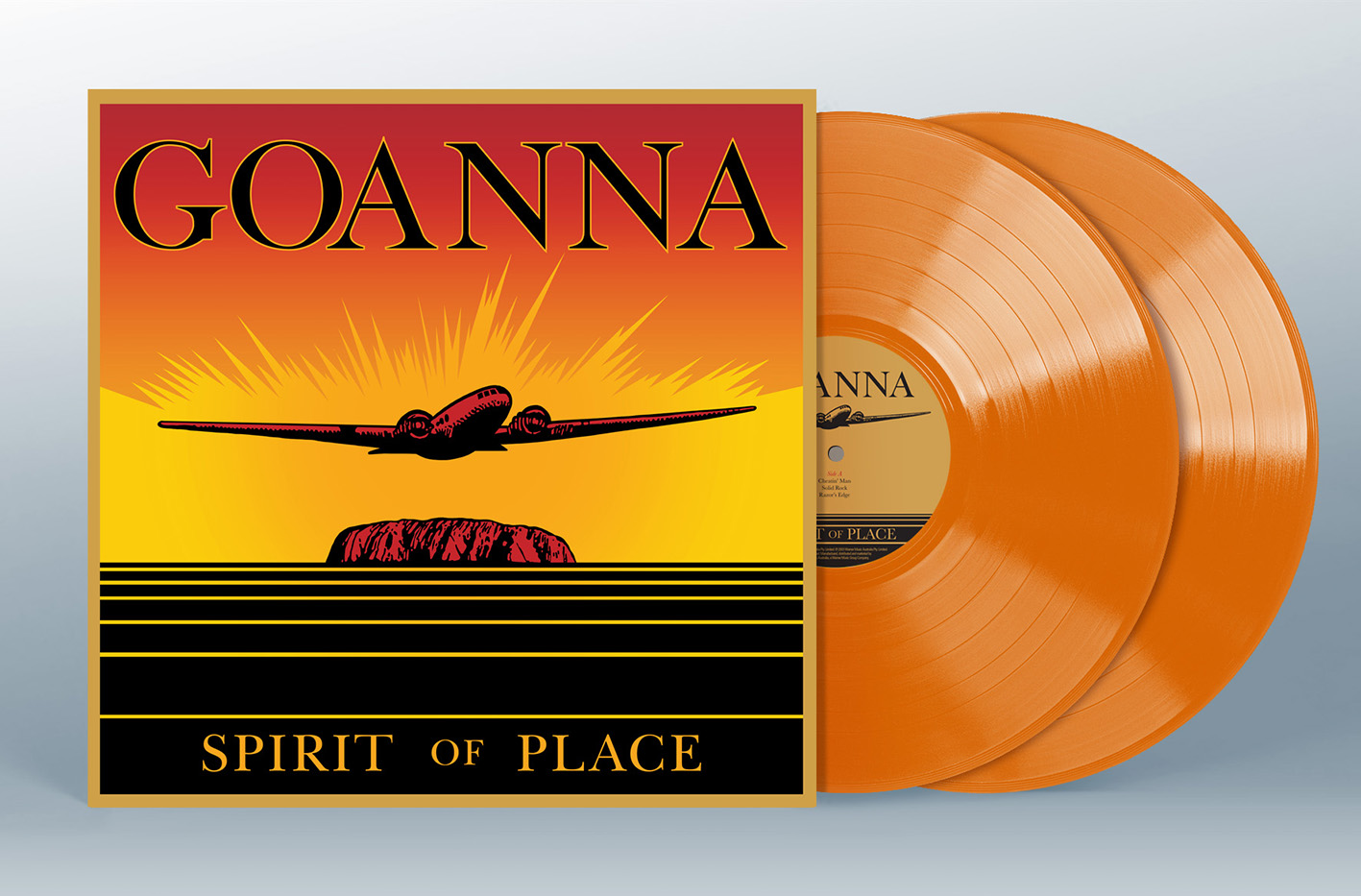 Spirit Of Place not only hit number two on the charts locally and earned Goanna multiple Countdown Awards, the album also charted in the US Billboard 200. A lengthy tour schedule followed.

“It’s a great honour and privilege to have the success we did with Spirit of Place and success brings with it responsibilities. Solid Rock threw me headfirst into an ongoing life of conversations and friendships with Aboriginal Australia. The album led me deeper into an understanding of this remarkable country and its people.

“The period touring across the country were filled with great memories. As a band, you feel as though you’re taking on the world but in truth, you’re carried on this incredible wave of love and support from your audiences. There were so many great shows, great meetings with other artists, so many extraordinary people and places. When you’re doing all that for the first time, you’re wide awake. There are powerful memories of playing Darwin, the Kuranda Amphitheatre and The Soundshell in Townsville, the Stop The Drop concert at the Myer Music Bowl with Midnight Oil, Redgum and INXS. They were heady days. We toured Australia with James Taylor on his first Australian tour. We drove a bus from Sydney to Adelaide through western NSW and laughed all the way, as well as being overwhelmed by the scale of the country. We were young and hopeful and naive and the world was full of possibility.

“Not long after the album’s release, the Americans wanted us to drop everything and come to the US. The many journeys to the US were also memorable. We took an Australian Rules football with us everywhere and in New York, we kicked the footy with a group of Cuban guys at Columbus Circle, who were fascinated with the shape of the ball. I could write a book full of great memories. There was a lot of excitement.”

Even so, there were also negative aspects to Goanna’s steep ascent.

“By late 1985, the band was torn apart, largely by external factors,” Howard says. “Tidying up the aftermath was filled with grief for me, but this far down the track - touch wood - all the band members are still alive and well and the problems of the 1980s seem a long way away. We must have gotten a few things right.”

Given “Solid Rock”’s indomitable place in Australian rock history, does Howard feel other Spirit Of Place songs have been overlooked over the years?

“You know, there are about half a million copies of the album out there in the world and the songs on the album have all had a fair share of love and attention. If any song was overlooked, I would probably say “Children Of The Southern Land”. We were defiantly Australian in our outlook and the lyrics and the sound we were trying to create. With “Children Of The Southern Land”, I was casting a cold eye on US influences on Australian culture. US imperialism was pervasive everywhere in the world and we didn’t want to see our Australian identity buried under that US influence. But thus far down the track, I think we lost.”

While Goanna is intrinsically linked to Howard’s songwriting prowess, the musician suggests each of his Goanna bandmates brought their own distinctive talents.

Not only was “Solid Rock” a hit in the charts, it was also introduced to primary school curriculum within a few years of its 1982 release. Given children often provide the sort of frank and interesting feedback adults shy away from, Howard has received some interesting responses to “Solid Rock” from school children over the years.

More than 35 years on, with debate over Australia Day’s date of celebration once again being in the news last week, “Solid Rock” seems as pertinent as ever. For the songwriter behind this powerful song, has what the song means to him changed over time?

“It’s still the same song that I wrote all those years ago but it has sunk deeper into my understanding and deeper into the national psyche. It’s a powerful thing and I believe that some things come from you and some things come through you. “Solid Rock” is such a song. Every time I perform it live, still, it overwhelms me. You can’t ‘half’ sing it. You have to give your spirit to the performance. Every time I perform it, I don’t know where it’s going to go. It has a structure of course but it also has a spirit of its own. It wanders where it will. An old Anangu man said to me, some years ago, “You been go and sit down at Uluru and that spirit been follow you ‘round”. The song has a big spirit and it continues to resonate all these years later. I dream of a Treaty process with our First Nations people now. I think that’ll bring the healing for our nation and then we can be a proud, united, country.

“I was just a young bloke when I wrote that song. I saw a terrible injustice in this country and I wrote a song about it. I had no power, no authority at the time. Goanna had no record deal. There was no way to even get the song recorded or out into the world. We knew we needed a major record label to do that. I’m grateful to Warner for signing the band and giving us the resources and opportunity to get that message out far and wide.