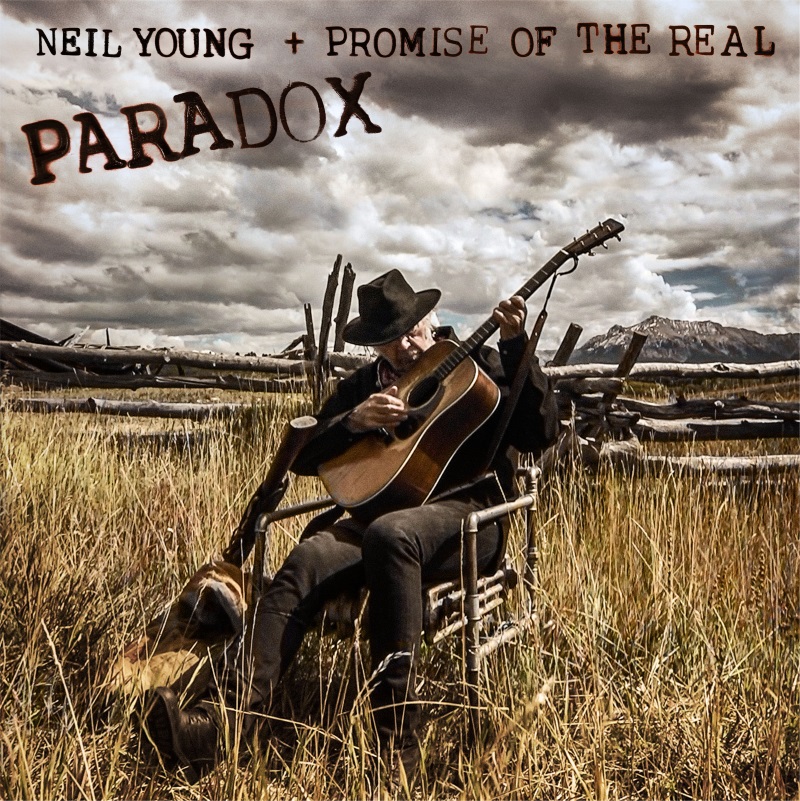 All music was recorded spontaneously with no overdubs (with the exception of Joe Yankee, who phoned in his part from Canada) and provides the soundtrack to Paradox, the film.

PARADOX, the film, written and directed by Daryl Hannah features Neil Young + Promise of the Real. A fantasy, a loud poem and a whimsical tale of music and love, PARADOX is a sweetly idiosyncratic personal expression. Sometime in the future-past, a band of outlaws hides out high in the Mountains. The "Man in the Black Hat" (Neil Young), the "Particle Kid" (Micah Nelson) and "Jail Time" (Lukas Nelson) and a band of cowboys and outlaws pass the days digging for treasure while they wait for the full moon to bring its magic, the music and let the spirits fly.

PARADOX will world premiere at next week’s SXSW Film Festival on March 15, will launch on Netflix on March 23 and will play in a limited theatrical release.

Track listing for PARADOX (Original Music From The Film):
Produced by Neil Young and John Hanlon