The Prince estate has taken the deepest dive yet into Prince’s treasured vault for an expanded reissue of his 1987 double-album masterpiece, Sign O’ The Times – and it’s massive. The album’s original tracks have been remastered for the release, which will include an incredible 63 previously unreleased tracks and two complete, unreleased concert recordings.

Sign O' the Times, originally arrived on March 30, 1987, and captured the iconic artist in a moment of complete reinvention. The final 16-track LP included just some of the countless songs Prince recorded between 1985-1987 – one of the most prolific periods of his entire career. It was a time that saw the dissolution of The Revolution, the construction of his Paisley Park recording studio, and the creation (and ultimate abandonment) of three albums. The upcoming expanded edition unearths from the vault many tracks that were originally destined for those lost albums.

The reissue is set to be released on Sept 25 (available to pre-order now) and will come in three versions … remastered album, deluxe edition and super deluxe edition. The super deluxe edition brings together all the audio material that Prince officially released in 1987, as well as 45 previously unissued studio songs recorded, plus a complete live audio performance from Prince's June 20, 1987, Utrecht stop on the Sign O’ The Times Tour at Stadium Galgenwaard in The Netherlands, and a brand-new DVD of the complete, previously unreleased New Year’s Eve benefit concert held at Paisley Park on December 31, 1987, featuring jazz legend Miles Davis.

But it doesn’t stop there! The super deluxe edition set also features a 120-page hardcover book contains handwritten lyrics  – including “U Got The Look”, “I Could Never Take The Place Of Your Man” and “Hot Thing” – iconic images from the era taken by Jeff Katz, analog tape reels and studio tracking sheets and liner notes from Dave Chappelle, Lenny Kravitz and many others. 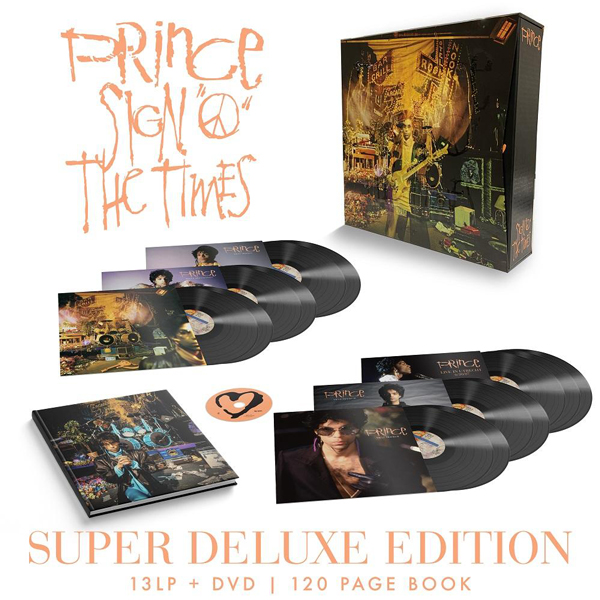 Additionally, the Prince estate has teamed with Third Man Records for a limited-edition seven-inch-vinyl box set showcasing all the singles from the album as well as a newly un-vaulted song “Witness 4 the Prosecution ” – available for preorder now at Prince’s web store.

Listen to "Witness 4 The Prosecution" on Spotify: