Extremely sad news came early this morning as we heard about the passing of one of rock's true legends, Malcolm Young of AC/DC.

Regarded as one of the greatest rhythm guitarists of all time, brother to Angus and George Young, he is cited as being the driving force behind the band, striving for perfectionism and always wanting to give the fans the best possible live show.

An official statement from Young's family reads "Renowned for his musical prowess, Malcolm was a songwriter, guitarist, performer, producer and visionary who inspired many. From the outset he knew what he wanted to achieve and, along with his younger brother, took to the word stage giving their all at every show. Nothing less would do for their fans."

Musicians around the world have posted tributes all over social media this morning. 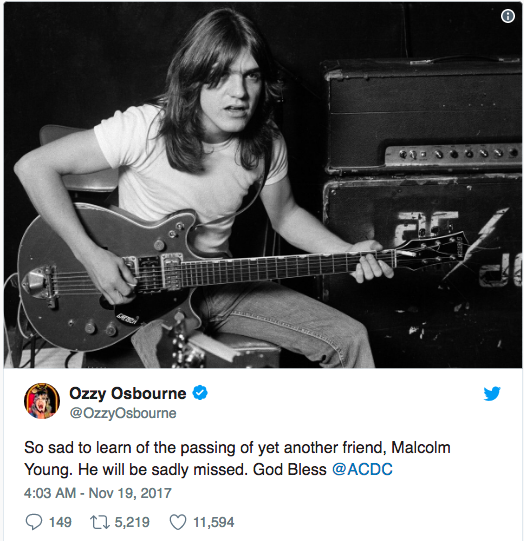 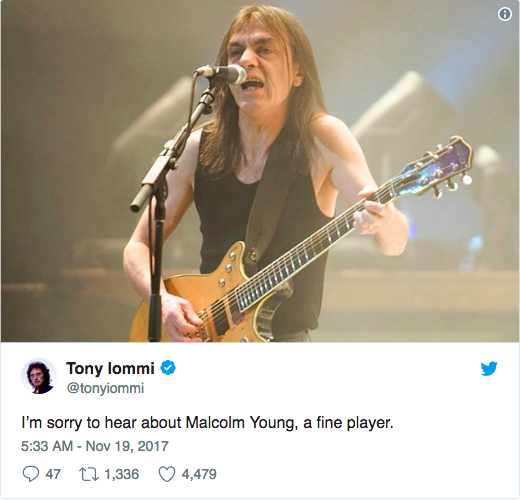